Sir David Lloyd Jones was born and brought up in the industrial town of Pontypridd in South Wales, the same town as the famous singer Tom Jones.  He attended Pontypridd Grammar (now Pontypridd High School) before going on to study Law at Cambridge University. 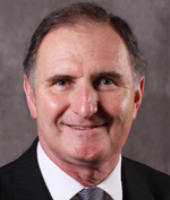 The personal qualities developed during his childhood in Wales have helped Sir David build a remarkable legal career.  He has held many important posts and is now one of the most senior judges in England & Wales.  He has been a key legal advisor to the Welsh Assembly and  In 2012 was appointed to the Court of Appeal of England & Wales. The Right Honourable Lord Justice Lloyd Jones is also Chairman of the Law Commission.